Over the past few days, it has come to light that a plethora of House Democrats plan to skip the Inauguration of President-Elect Donald Trump. This trending news topic has inspired many to share their opinions on the matter. Many leftists have supported this course of action because they perceive the 45th President as “hateful and divisive.” Republicans, conservatives, Independents, and even Libertarians have called this behavior what it is: hypocrisy. It provides yet another example of the Left’s intolerance towards anything they disagree with. What happened to accepting the results of a free and fair election? Is that not what Hillary Clinton preached of when she was running for office? Democrats only practice what they preach when it suits their values.

John Lewis is one of the Democrats who will not be attending the President elect’s Inauguration. Lewis stated that he does not view Donald Trump as a ‘legitimate President” because of “Russian interference.” This is obscene. The Russians had absolutely nothing to do with the 2016 election. Donald Trump traveled and campaigned across America for almost two years and won. He beat Hillary Clinton justly. His rhetoric and policies resonated with the American people. Hollywood celebrities, political public figures, and even the mainstream media were all against Donald Trump, yet he still emerged as the victor, beating insurmountable odds. If Hillary Clinton had won the election, there would be no claims of “illegitimacy” even though the fix was in for her from the moment she stole the nomination from Bernie Sanders with super-delegates.

Interestingly enough, when Donald Trump claimed that he was going to wait and see what the results of the election were before accepting them, everyone lost their minds. The mainstream media went berserk and Hillary Clinton labeled Donald Trump as a “danger to our democracy.” However, she has yet to comment on the people in her party who will not be attending the Inauguration of the 45th President. 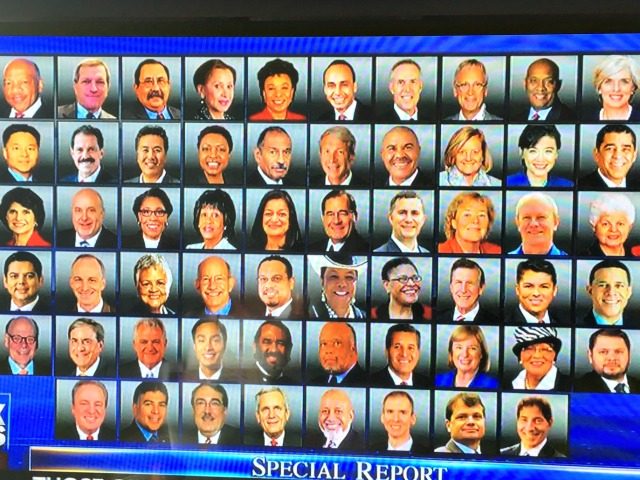 Moreover, it is dangerous and unpatriotic to label the President as “illegitimate” unless there is overwhelming evidence exists to support the accusation. Your unhappiness with the results of the election does not deem the President-Elect as “illegitimate’ or deem the Russian government responsible for determining the results of the election. Refusing to acknowledge the President-Elect merely breeds a culture of division which is damaging to a country that is supposed to be united.

Democrats must be adults now and accept that the elections will not always go their way. When Obama won in 2008 and 2012, dozens of Republicans did not boycott his election. We did not call him illegitimate or threaten to protest his entry into office. Democrats would do well to take a page out of our book. Attending the Inauguration of a new President should be a non-partisan issue. When a new candidate is elected into office, we the American people, must support him for the betterment and prosperity of our beloved country.