For two years we have been hearing that the Republican party was in disarray as Donald Trump seemed to take over. When Trump announced his plans to run he was mocked and jeered by the MSM, Republican establishment, and Democrats alike. For months the MSM covered Trump’s every move, giving him exposure like no other candidate has ever had. Meanwhile, the same media, was not giving any air time to Bernie Sanders as he battled Hillary Clinton for the Democratic nomination. It was no accident that this was happening in this fashion. The MSM has been under Liberal control for years and they certainly did not want Sanders’ movement to oust their candidate. Hillary Clinton was their choice and not even an open FBI investigation would derail her coronation. Wikileaks showed the whole world just how cozy that relationship was. The DNC was colluding with MSM to hamstring Sanders while staying away from anything negative about Clinton. The DNC and the MSM were ganging up on Trump and the Republican party in an attempt to destroy the Republican’s and take over the White House for good. Even the establishment Republican’s wanted to get rid of Trump. Bernie Sanders’ movement was very strong and it moved the Democratic party platform to the left even further. The party of the working men and women was now leaning to Socialism. Sander’s himself proclaimed he was a Democratic Socialist.

h4>While Bernie was winning states that he shouldn’t, Trump was decimating the Republican’s everywhere and it seemed like the two movement’s were destined to collide. In the middle of the chaos the MSM kept a steady drum beat that Republican’s were about to implode with Trump looking more and more like the nominee. Every night it was doom and gloom for the party that has no chance against Hillary. Funny thing was, it was actually the Democrat’s that were in total meltdown. Sander’s had been summoned to the White House to talk about dropping out of the race, even though he was neck and neck with Clinton. Her Super Delegates, that were awarded before one vote was cast, would assure Sander’s never saw the nomination. Sander’s knew that and campaigned hard to have his issues included in the party platform. As the two parties held their convention’s the support for Trump seemed to be gathering steam. Meanwhile, the Democrat’s were dealing with the resignation of Debbie Wasserman Schultz, who had colluded to deny Sander’s the nomination. Bernie’s delegates were outraged at the treatment of their guy and made it known on the convention floor. Bernie had come out in favor of Hillary in a tepid endorsement. His movement and his followers were devastated as they watched their candidate give in to the machine he had railed against for years.

Now it was Clinton versus Trump in the general election and things were just getting started. Clinton was favored 99% to 1% as pushed by some MSM outlets. She was to be the first female President and Trump had virtually no chance. Unless she was indicted by the DOJ, which was never going to happen. When FBI director Comey came out and did not recommend charges, the last obstacle was removed. Hillary Clinton was now going to win the general in a landslide. As Donald Trump campaigned in swing states, Hillary was attending fundraiser after fundraiser. Her war chest grew and the Democrats were outspending Republicans 50 to 1 in some states. The Democrat’s had polling showing Hillary winning every swing state easily. The MSM pushed those polls nightly in an effort to prop up Hillary’s run. Trump was a regular target of late night and talk shows around the country. But he still campaigned and pushed forward. His stadiums filled with more and more people and the Democrat’s laughed. Crowd size does not translate to votes was the mantra.

Then came the debates that were sure to favor Hillary Clinton. A lawyer and lifetime politician against a brash, unpolished businessman. Hillary had the upper hand in the first debate as Trump seemed unsure and responded to every answer with an quip. He was not prepared and Hillary looked like she was going to mop the floor with him in the final two debates. Then something happened. Trump began to chip away at the lifetime politician by using that experience against her. Noting that Hillary had been in Washington for 30 years and had accomplished nothing. It was like the twilight zone as the Republican candidate talked about jobs and inner cities as the Democrat was pushed away from her own base. Democrat’s had always received the minority vote and the union vote in the swing states. Donald Trump was going after the Democrat’s base and having success. He spoke to the coal miners and steel workers. He talked of manufacturing and bringing jobs back. The Democrat’s had neglected their own base for so long that Trump made inroads and the race was now on. When November 8 finally arrived, the MSM kept pushing those polls. Trump was stopping in four or five states a day. His crowds were huge and the excitement was palpable. Trump supporters eagerly rushed the polls to vote for their guy. On social media the outpouring of support was very real. The silent majority was showing up big league. Democrat’s watched as Hillary was chopped down in state after state. Swing states fell as the shocked MSM started trying to figure out a way Hillary could win. By midnight it was apparent Hillary had lost and the shock was too much for some Liberals to handle. They cried and cussed and threw tantrums as Hillary conceded the election. Donald Trump had done the impossible and taken down the establishment, the Clinton’s, the Democrat’s, and President Obama was even a victim. His legacy was going to be wiped away. 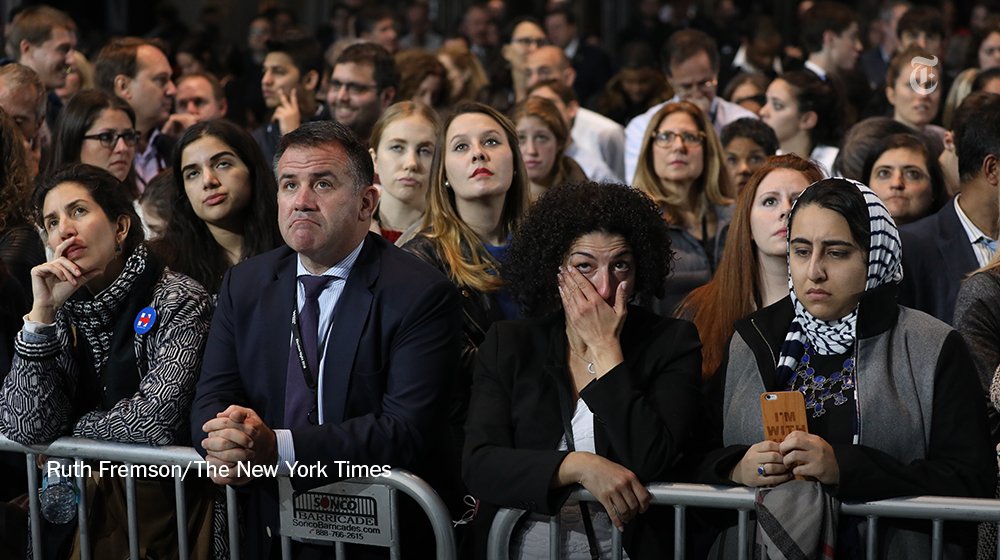 The election was over and it was the most shocking event in a lot of people’s lives. They had known eight years of bliss with President Obama pushing globalism and the Liberal agenda. Black Lives Matter became acceptable while cops were being murdered. Clock boy was invited to White House as our returning soldiers were shunned. The American people had enough of the Liberal looniness. Giving billions to Iran in a ransom payment on pallets. Letting Iran humiliate our soldiers. Causing turmoil in the Middle East and abandoning our allies. Not calling attackers radical Islamic terrorist’s. Taking in thousands of refugees created by our own policies. Hundred’s of thousands dead and millions displaced in the Middle East. Now Trump is the new President and the Democrat’s are rudderless heading into the future. The Democratic party has turned to bargaining to explain why they lost. Blaming Russia for interfering in the election. Doing recounts under the guise of every vote should count. They have looked at every possibility except for the correct one. The reason the Democrat’s lost is the very reason they had a women’s march the day after inauguration. The women’s march turned into a rambling cross section of feminism and fringe groups. They marched and shouted as if the election was still to come. Celebrity speakers spewed hate and vile language as the masses ate it up. They have no message and no leader. The leaders of all the major unions of the United States just left the White House after meeting with President Trump. They were glowing with praise for the new President. These are the same unions that had pushed for Hillary and made huge donations to her campaign. The Democratic party has been pushed to the fringe and it’s their own doing. Nominating a pre-ordained candidate and not letting Bernie Sanders have an even playing field will be their demise. President Trump has already taken the rust belt and now he is aiming for inner cities. If Trump can get the inner cities moving in the right direction, he will be unbeatable in 4 years. I predict that the Bernie Sander’s supporters and other Socialist’s and Anarchist’s will form their own party. What does the Democratic party stand for now? There are no issues that were brought forward in this election that they have a stance on. It was Obama who pushed them toward Socialism with Obamacare and executive orders. Trying to mandate health coverage was a disaster. In two years Republicans may pick up a supermajority in the Congress. President Trump will nominate up to three or more Supreme Court Justices. The Liberal way of doing things is going to be abolished for a lifetime. President Trump has turned the establishment into the fringe in both parties. He has bypassed the MSM and taken his message to the people. The very core of the population has come together to dismiss the two party system. A cross section of Democrats, Independent’s, and Republican’s now make up a party. It’s the America first party disguised as the Republican party. Identity politics is no longer acceptable to American’s and President Trump was the first to see that. During the general election, the MSM pushed fake news and propaganda. They have been exposed for their bias and their credibility is gone. Alternative news organizations will fill the void and Liberal control of the message will be squashed on the rocks of history.

One thought on “Why The Democratic Party Will Cease To Exist”